Remitee and Mujer Financiera, Winners of the IV Edition of Acelerar España Blog

Remitee and Mujer Financiera, Winners of the IV Edition of Acelerar España

The accelerator headed by Leandro Sigman that stimulates the internationalization process of Argentine startups in Spain announced its 2021 winners. Who won the competition and why?

These were the 12 finalists from Argentina who were selected after a tough competition between more than 600 startups. For the final, they travelled to Madrid, where they enjoyed and made the most of four days of intensive learning and training with more than 50 renowned speakers from the entrepreneur sector in Spain, most notably Juan de Antonio, founder and CEO of Cabify; José Luis Martínez-Almeida, Mayor of Madrid; Amuda Goueli, co-founder and CEO of Destina.com; Silvia Mendez from Enel Hub Innovation; Javier Monzón, economist; Alex Pallete, founder and Chief Strategy Officer of PICNIC, and Martín Varsavsky, CEO of Overture and Goggo Network, among others.

Thanks to this program, the entrepreneurs were able to build strong business relationships with industry leaders in Spain and expand their professional network. For example, they met José Luis Martínez-Almeida, Mayor of Madrid, who listened to each of their proposals and invited them to do business in Spain in order to boost the country’s economy.

He highlighted that the entrepreneurs proved their talent, knowledge, and attitude when they introduced their companies. Moreover, he said that Spain would welcome them and everyone who wants to promote entrepreneurship, innovation, and stability in order to improve the country’s economy. The event centered on strengthening international relations between Argentina and Spain to lay the basis for a promising market.

The training program ended on the fifth day with a pitch competition, where the entrepreneurs were evaluated by a jury composed of professionals who knew the business sector in Spain very well. This year, the members of the jury were María Fanjul, e-commerce leader in Spain; Carlos Blanco, entrepreneur, and private banking investor; Juan Domínguez, founder and chairman of Adglow; Martin Umaran, businessman and COO of Globant; María Pena, CEO of ICEX; Eduardo Petrossi, CEO of Mahou San Miguel; Borja Vázquez, founder and chairman of Scalpers; Andrés Saborido, global managing director of Wayra, and Leandro Sigman, chairman of Insud Pharma. 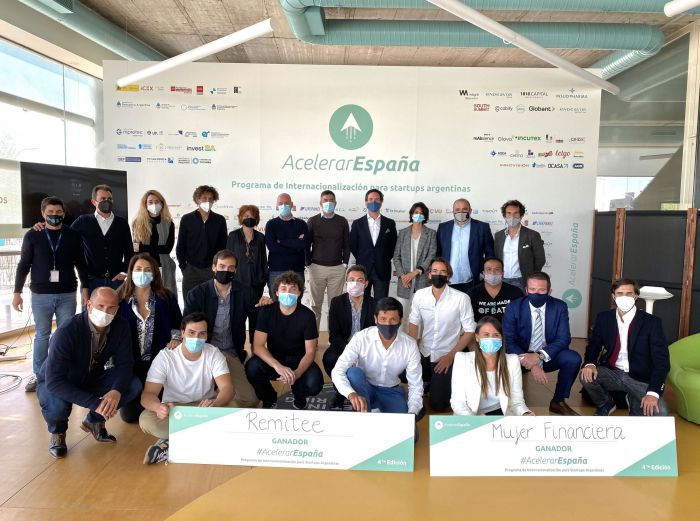 The competition was fierce. Finalists gave a 20-minute presentation about their companies, defending them stoutly against the questions made by the jury. All of them succeeded in explaining why their companies should be selected to internationalize in Spain. The effort, dedication, energy and enthusiasm these young entrepreneurs showed drew admiration from all the attendants.

As Leandro Sigman said, “All of them are winners for having made it to the final stage and for all they have learned this week.” 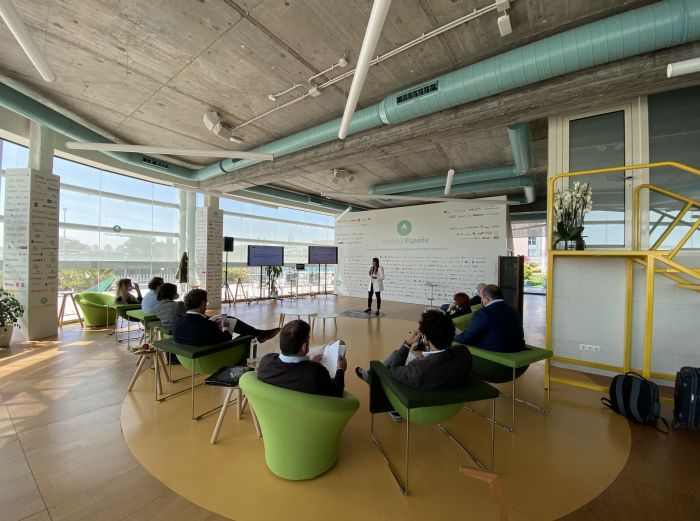 Remitee is a mobile app that allows you to send financial aid to your family abroad without the need to have a bank account or go to a bank. You can help your family from anywhere, every day and at any time.

Sergio Saravia captivated the jury with his life story about the several difficulties his relatives faced when they tried to send money to their homeland. The entrepreneur from Argentina saw a business opportunity in solving a problem that many people had to deal with and convinced the jury that it was a “convenient, fast, easy, secure and transparent service” that emigrants in every country need.

On the other hand, Sabrina Castelli also captured the jury’s attention by telling them how she came up with the idea of founding Mujer Financiera, a platform that aims to help women become financially independent in order to improve their quality of life and that of their families.

She had to face the early and tragic death of her father, who used to manage the family’s finances. Due to his unexpected death, Sabrina’s mother had to learn about financial matters on her own, which, at the time, was not common for women.

All the participants presented ambitious and interesting projects that deserved to win but the jury finally chose those which aimed to make a social impact. Success lies in the need to implement ideas that will help others.

The IV edition of Acelerar España made it clear: when your business is about helping people, it is more likely to be profitable and, therefore, to achieve the desired outcome.

The industry has grown rapidly in the last two years. There has been significant regional expansion and companies are adding bank services to their portfolio. The fintech race has already begun. According to the industry leaders, who offer financial services by means of technology, we are now entering the stage of resistance and management. The […]